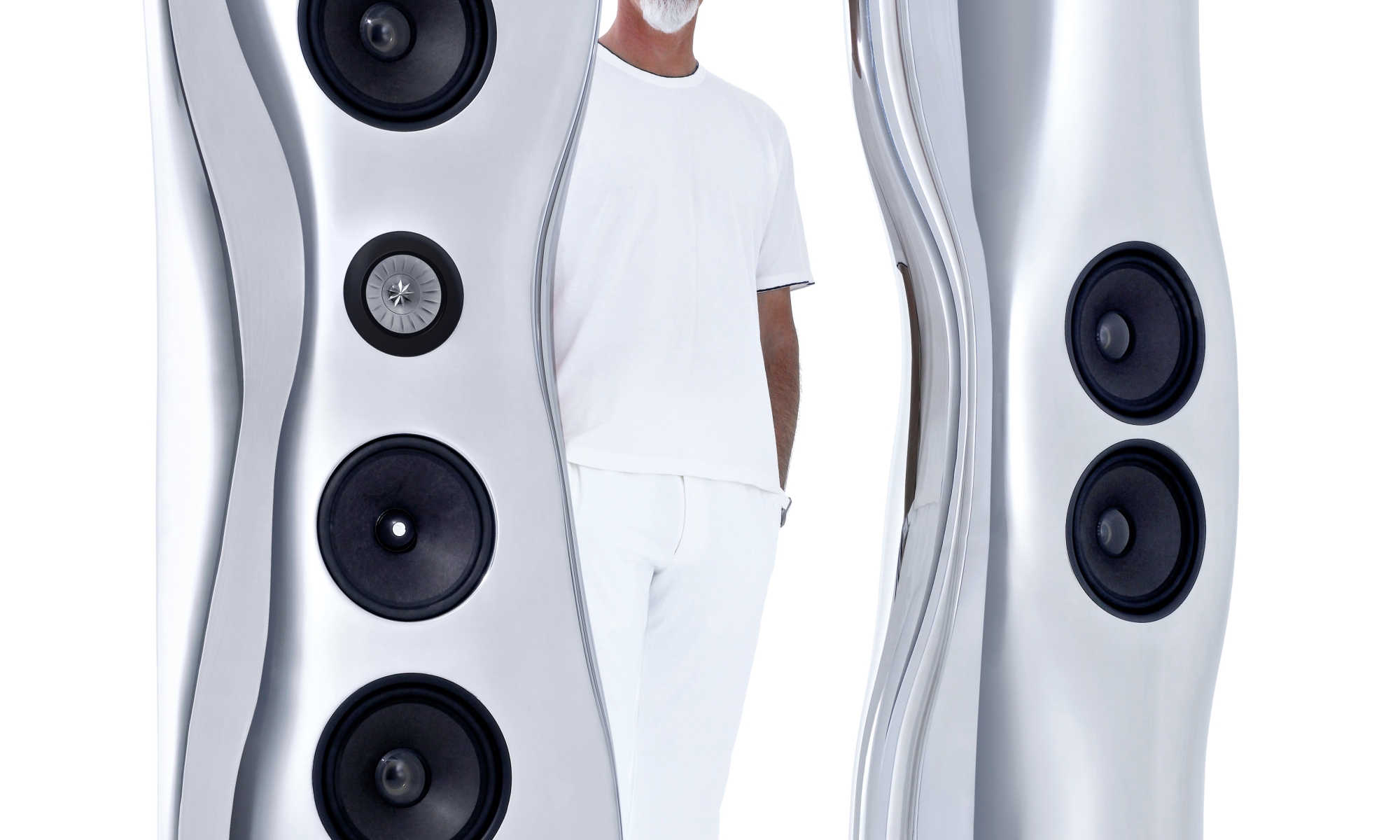 There can be few design-led manufacturing projects in this world where the central aim is to create an ‘ultimate’. But this was precisely the goal at KEF when the company commissioned the visionary industrial designer, Ross Lovegrove, to develop with them the MUON – perhaps the most extraordinary audio speaker ever conceived.

MUON is the most remarkable achievement of sound-engineering and cutting-edge design. Carefully tested in KEF’s highly accurate anechoic chambers, each loudspeaker is individually crafted and comes with a certificate showing its unique frequency response curve, signed by the skilled craftsman who made it in KEF’s workshop. One of the reasons for the superlative sound quality of MUON is that it functions beyond the normal range of the sound frequency spectrum. What this means is that it reproduces sound so low or so high that the human ear cannot register it. Nonetheless, these sounds are still present, and when included in the audio mix have an enriching effect. To this extent MUON radically enhances the listener’s audio experience.

The MUON loudspeaker is fabricated from super-formed aluminium, which uses a similar moulding process to vacuum forming. The concept uses malleable sheets of heated aluminium to achieve otherwise impossible shapes. The eventual form of the loudspeaker was the result of a careful convergence between Ross Lovegrove’s design aesthetics and the physics of sound. The process by which they were conceived meant that, in effect, Ross Lovegrove was sculpting the sound by ‘skinning’ the technology with purposeful form – the final shape was created through an evolutionary process that ensured it could only be the form that it is.

Limited to only a 100 pairs worldwide, soundohphiles better get their hands and ears on a set quickly!