I had the enviable chance a few weeks ago to tour the McLaren factory in Woking, Surrey, England. Lucky for me, it was with none other than Amanda McLaren, daughter of namesake founder and racing legend Bruce McLaren, who gave me a personal tour of the expansive grounds. Upon arrival at the supercar headquarters, you are immediately taken back by the stark natural beauty that Foster + Partners put into designing such a large building. It is as if it all flows together, nature and technology, in an ecosystem that compliments each other. Indeed, everything from the water usage, to the heating and cooling of the buildings is in tandem with the environment, never once does all the supercar testings and painting affect how the natural course of things go outside.

On what McLaren calls their Boulevard, sit all the cars that make McLaren a highly sought after company. Whether it be their F1 cars, road cars or the technological prowess when it comes to carbon reinforced plastics, McLaren has a showcase that extends the entire length of the building. And if that wasn’t enough humble bragging for you, there is also the world’s largest collection of automotive trophies on display that leads you to the actual factory of McLaren Automotive. 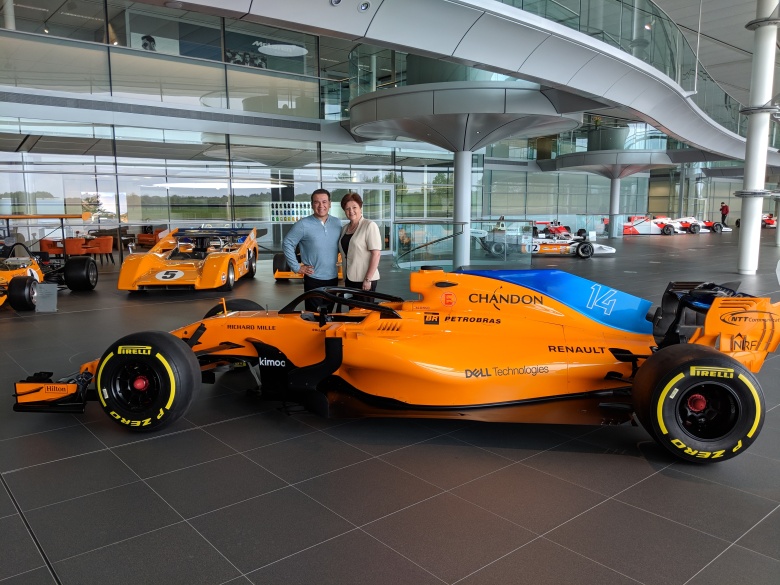 As for where all the F1 madness happens, well, let’s just say that particular area is a closely guarded area where no cameras are allowed. I did however, get to see the McLaren team building Fernando Alonso’s front splitter in carbon fiber. Moving along the enormous campus, I soon found myself inside the factory where supercars are made 100% by hand.

Peering over the large area, it was more akin to an operating room than a factory. There were no robots, welders or loud clang of machinery. Instead, I was met with hundreds of people working with sophisticated, yet simple hand tools assembling every car by hand. Even the painting, done by robots at other so-called bespoke auto makers, is done by a few professional painters and their finely tuned HVLP guns. Moving along an assembly line were McLarens various models, each waiting to be fitted with a wiring loom or odd part. After all is fitted, the car goes through a comprehensive testing before it ever leaves the factory floor. 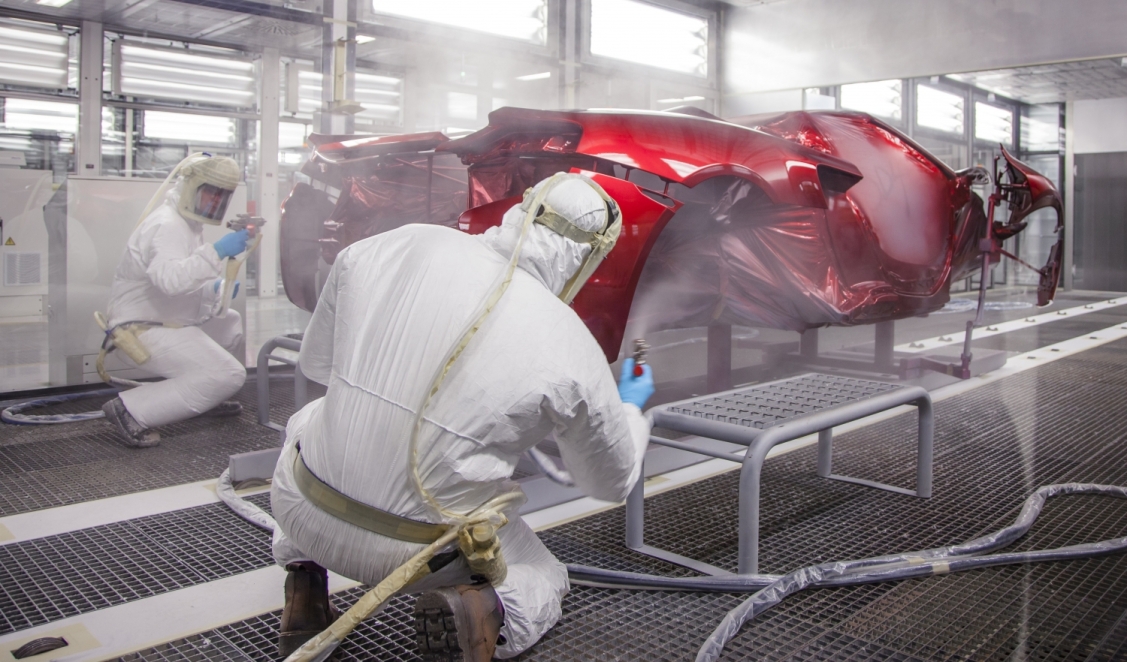 After witnessing first hand how McLaren builds cars and what goes into making just a single part of a larger, amazing machine, I am well convinced that they are truly the leader in auto technology and attention to detail. Others claim such things, but when you push them to see their process, they fall well short. McLaren has always pushed the envelope of technology, design and function. There simply is no one better. Now to figure out your own way into the land of carbon fiber. Good luck!